Celebrates 12 Years of Rocking the Block

On Thursday, August 19th, USO Illinois, through the support of Alderman Brendan Reilly of the 42nd Ward and Chicago’s own Boss Bar, will give summer its last “HOO-AH!” by rocking the block at USO 2021 Clark After Dark presented By Jewel-Osco. Celebrating its 12th year, USO Clark After Dark is a favorite street festival for Chicagoans, offering a night of fun in the heart of Chicago’s River North district with an opportunity to support the troops. USO Clark After Dark features music from LowDown Brass Band and Liquidated Damages. VIP Guests are treated to a special area with free beverages and samplings from some of Chicago’s best restaurants. A special thanks to Jewel-Osco and Constellation Brands without whom this event would not be possible. Proceeds from the event benefit USO Illinois’ programs and services that support more than 325,000 military and military families annually throughout Illinois.

WHERE: 420 N. Clark St., on Hubbard between Clark and LaSalle

Raffle and/or ticket packages begin at $10 and are available exclusively at clarkafterdark.org. VIP tickets are $125 pre-sale and $175 on site.

“Jewel-Osco has a long history of supporting the brave men and women who protect our great country, and their families, through store level fundraising efforts and grants from the Jewel-Osco Foundation. USO Illinois is an organization we have been honored to partner with for years as their commitment to helping military families is exceptional,” said Jewel-Osco President, Paul Gossett.

“We are so excited to be back rocking the block this year. During COVID-19 our service members were fighting on the front lines across the state and around the country to ensure the health and safety of the American public,” Said Christopher Schmidt, USO Illinois Executive Director. “Now it’s our turn to give back. The funds raised at USO Clark After Dark allow us to continue to serve our military. When they enlist – when they deploy – when they come home and when they transition out of the service – USO is there.”

The USO strengthens America’s military service members by keeping them connected to family, home and country, throughout their service to the nation. Supporting more than 325,000 troops and their families every year, USO Illinois is a civilian 501(c)(3) non-profit that is supported by the generosity of the American people. For more information about USO Illinois, visit: Illinois.USO.org

Jewel-Osco operates 188 stores in Illinois, Iowa, and Indiana, and offers consumers the convenience of retail grocery and pharmacy services. Originally established in 1899, the company and its associates remain committed to the communities they serve.  For more information about Jewel-Osco, visit www.jewelosco.com or www.jeweloscopharmacies.com 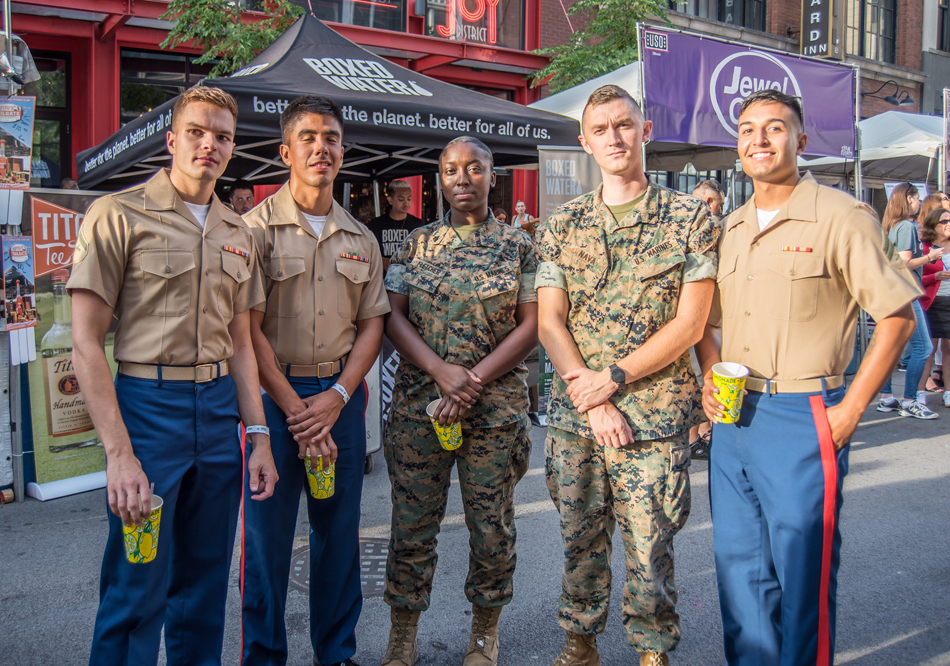 CONGRATULATIONS to our Best In Show winners at Sou

Festival season has only just begun! Come join us

BIG NEWS: we are officially one week out from Long

Happiness is… Friday! Hope everyone had an aweso

Only one week left to get your tickets to Long Pla

Rockford, we are ready to rock out! Check out Long

An immersive art and music experience like no other
Details